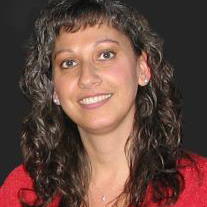 Microglia (CNS resident immune cells) display extraordinary cellular plasticity to support their role in every aspect of brain health and disease. With activities ranging from resting quiescence, to inflammatory activation, to neurotrophic/reparative activities, microglia participate in protecting and repairing the CNS during injury or disease. However, when their activities become dysregulated, they are thought to exacerbate ongoing pathology. Therefore, understanding mechanisms regulating their transition among phenotypes is critical. Hypoxia is a common co-occurrence in many CNS diseases. We use a rodent model of chronic neuroinflammation (induced by intermittent hypoxia, an aspect of sleep disordered breathing), to study the signaling and transcriptional mechanisms that control microglial phenotype transition. In particular, we are interested in the cell surface receptors (such as Toll-like receptor 4 and purinergic nucleotide receptors) and kinase pathways that are activated in microglia, and ultimately how they alter microglial gene transcription. The role of epigenetic modifications to histones, and the function of microRNAs are a primary focus. Another aspect of our research centers on understanding how male and female microglial cells differentially respond to activation, and how these sexual dimorphisms ultimately influence CNS function, especially as it relates to neuroplasticity. There are important sex differences in the incidence and severity of multiple neurodegenerative diseases, all of which have neuroinflammation and microglial activation in common. A better understanding of the aspects below will help identify novel therapeutic targets that may be useful in treating many neurologic disorders.