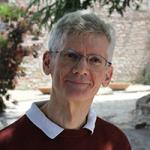 Epstein-Barr virus (EBV) — is a double-stranded, DNA-containing gamma-herpesvirus that infects approximately 95% of the world’s population. Almost all people reading this are latently infected with EBV… So can EBV harm us? The answer is usually no. Many people become infected with EBV as young children but have no symptoms. If you happen to be initially exposed to EBV as a teenager (typically through saliva), your body can mount a benign immune response known as infectious mononucleosis or “mono”. This is why EBV is known as “The Kissing Disease”! Almost all people recover from mono with no complications and will never have it again, but they will still have EBV DNA in a small percentage of their white blood cells. This life-long infection in which progeny virus is not made is what we mean by “latency”.

So then why study EBV?! Interestingly, EBV was first discovered in association with a common African childhood tumor, Burkitt Lymphoma. It was the first human “cancer-causing” or oncogenic virus discovered and since that time, EBV has been attributed causally to more than 200,000 cancer cases per year, including:

Many of these cancers attributed to EBV occur in immunocompromised people. These cancers arise in people a few years after to decades after being first infected with EBV.

In our lab, we investigate many different facets of EBV, including its latent infection and transforming capabilities in B cells, its escape from latency and viral production, as well as interactions with other viruses such as Kaposi’s Sarcoma-associated Herpesvirus (KSHV). Our group studies EBV and KSHV both to understand their molecular contributions to cancers they cause and to develop rational means to treat them.