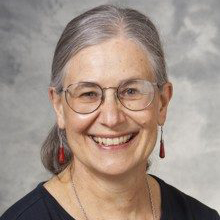 Hearing tells us what is going on and where it happens. The ears only give us a running measure of the spectral content of sounds; where sounds arise and what they mean has to be computed by the brain. The effortlessness with which mammals perform this task disguises the feats that are performed. It is our goal to understand how neurons in the cochlear nuclear complex, the part of the brain that receives input from the ear from the auditory nerve, begin these computations and how these neuronal networks are altered by the loss of hearing.

In the cochlear nuclei we address questions at several different levels. At the cellular and molecular levels we seek to understand how synaptic function and biophysical properties of neurons are regulated. At the systems level we want to understand how the brain begins to extract information about the location and meaning of sounds. We also seek to gain a better understanding of how hearing loss affects the function of the neuronal networks in the cochlear nuclei.