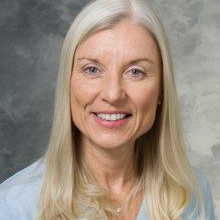 The major focus of the lab is on understanding the function and structure of the GABA-A receptor. GABA-A receptors are the major inhibitory neurotransmitter gated-ion-channels in the brain. While GABA controls the opening of the anion-conducting channel, GABA-A receptor function is modulated by a variety of clinically important classes of drugs, including benzodiazepines, barbiturates, volatile anesthetics, neuroactive steroids and alcohol. Clinically, benzodiazepines, barbiturates and neuroactive steroids are used in the treatments of epilepsy, anxiety and panic disorders as well as other psychiatric illnesses. Recently, mutations in the GABA-A receptor have been linked to human epilepsy. Using computational modeling, protein chemistry, electrophysiology and molecular biological approaches, we are mapping and identifying the amino acid residues that form the binding sites for GABA as well as for therapeutic drugs that bind to the receptor. In addition, we are examining how mutations associated with human epilepsies alter GABA-A receptor function. We are also interested in examining the assembly and trafficking of the receptor and how interactions with other proteins modulate GABA-A receptor function.